Today have been a long but a wonderful day! To start to the beginning I woke up at 6:15h in the morning, I just slept four hours last night (The positive jet lag, hehe) I made the breakfast at our apartment here, in Hollywood to Jose and myself and later we went for a walk around the Sunset Boulevard and we saw a lot of stars on the floor and we saw the Chinese Theater, the Capitan and many others theater, after that we went to see a magic store in Hollywood and later we met with Fabio and Woody to go to Los Angeles’ Downtown: 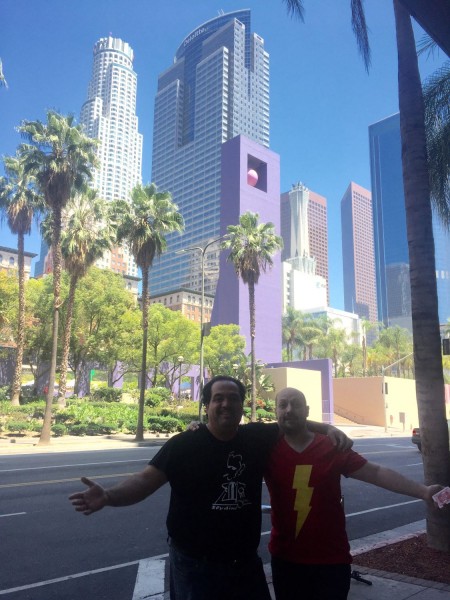 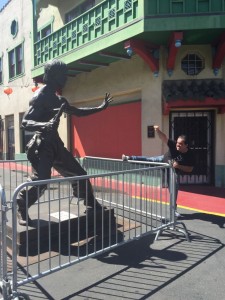 We were walking at the downtown at least three or more hours, we visited the Little Tokio, the Broadway, the toy district and the Chinatown…there, in Chinatown I saw an incredible karate fighter and we started an incredible fight, so my friends feared for the life of the poor Bruce lee (that was his name) and they put a fence between us, in order than I can not hurt him, the people used to call me Po… and I am legend. 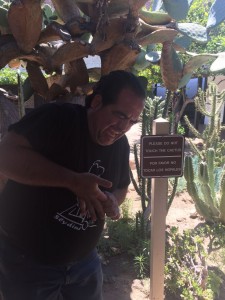 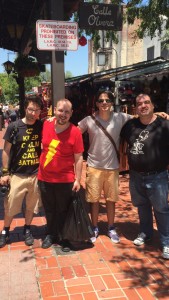 When we finished the fight I was hungry and the we went to the older street in Los Angeles, the Olvera Street and we ate some taquitos. At the older Los Angeles’ house, there was a sign… I started to read it in English: – “Please do not touch the… ” And I did not finished to read it because I saw that under this text I had the same text in Spanish, and I read: “Por favor no tocar los Nopales” and I thought… What the hell is a Nopal!…And I touched it and…you can see for yourself. After the scare, Alfonso Aceituno came for and gave us a ride from the downtown to The Hollywood boulevard. We went to the apartment, I took a shower and I get dressed to go the Castle.

Once at the Castle I started my shows and in one of them came to watch me, my great Friends Max Maven and Jack Goldfinger and the last show at the night I saw among the audience to the world famous actor Steve Buscemi, he watched the whole show and enjoined it a lot, so much so, that when I finished the show, He waits to everyone out and came in my dressing room to made my his congratulations and there we took this photo: 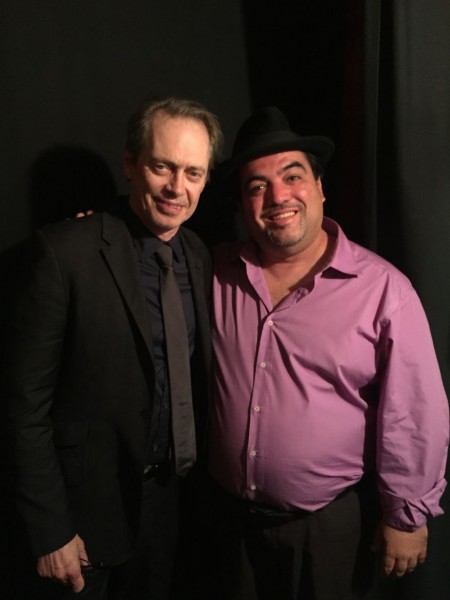 Tomorrow will be another great day, I’m sure about it!

Author All stories by:

Warning: call_user_func_array() expects parameter 1 to be a valid callback, class 'WOO_Slg_Renderer' does not have a method 'woo_slg_login_instagram' in /home/rubiales/public_html/wp-includes/class-wp-hook.php on line 287