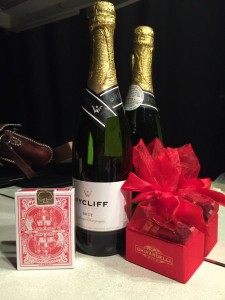 Hello everybody! I’m going to tell you my first day here, in Hollywood. This is my third visit to the Magic Castle, and I always enjoin it like the first one, but first I would like to tell you some tips just in case you will come here in the future…if you need to go from Los Angeles Airport to Los Angeles (Downtown) the most economical way is to take the flyway, its a regular bus which costs 8$ and leave you in Central Station, you can take this Bus in front of the Tom Bradley Terminal 5… from there you can take the Metro Red Line (1,75$+1$ if you don’t have the metro card) if you need to go to Hollywood or the Universal Studios.

Then, this is what I did this time, other travels that I came here, to Los Angeles I took the Free or courtesy Shuttle, these ones are free mini vans courtesy to a differents hotels like Marriot or Crowen Plaza, but you don’t need to have reservation in that hotel, the driver don’t ask you nothing about, then you can take one nearly from your hotel…;)

When I arrived to Hollywood, I went to take my apartment’s keys at the Magic Castle, they are awesome, when I come in my dressroom they had put there, on the table a Champagne Bottle, A chocolate box and one Magic Castle deck of cards with a wellcome letter!

In the first of the three show than I did in the Parlor room, came to watch me the great Helder Guimaraes, in the second one Howard Hamburg and in the third one Mike Caveny, Tina Lennert, Luis Alberto Iglesias y Beatriz. I performed four tricks, the card into ballon, the drawings coins, the Bound it (Total Coincidence) and the Clothes Peg trick.

But, the thing that made my more happy was go downstairs at the Castle and see that by the original clothes of Cardini they had hanging my Cardini Caricature!!! I can’t believe it, one of my Caricatures is hanging permanently at the Magic Castle!! 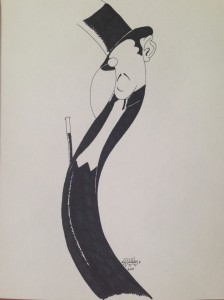 Author All stories by:

Warning: call_user_func_array() expects parameter 1 to be a valid callback, class 'WOO_Slg_Renderer' does not have a method 'woo_slg_login_instagram' in /home/rubiales/public_html/wp-includes/class-wp-hook.php on line 287